For Life, Cuba Contributes to Strengthening the Ozone Layer 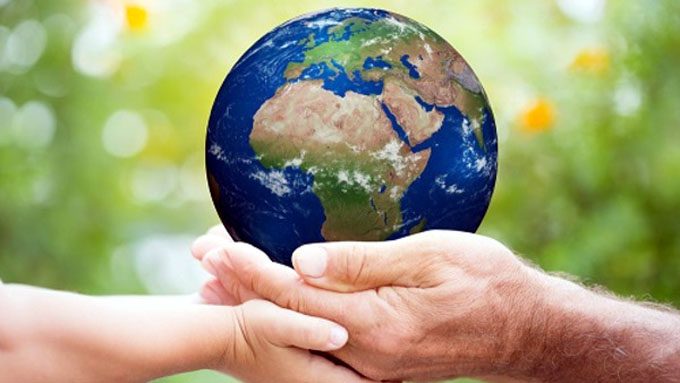 Humanity continues to raise its voices in support of the Montreal Protocol for the protection of the ozone layer, one of the most important environmental agreements, adopted 35 years ago. This set out to remedy one of the greatest threats: the chemical substances that deplete the ozone layer.

A concerted international effort led to progress in reducing the use of ozone-depleting substances, helping not only to protect the ozone layer for current and future generations but also to improve the results of efforts to address climate change. These actions have protected human health, the ozone layer is gradually recovering, and ecosystems by reducing the ultraviolet radiation from the Sun reaching the Earth.

So far, the Montreal Protocol is the only United Nations treaty that has been ratified by all the countries of the world. It represents a milestone in the history of the United Nations and evolves over time in line with scientific, technical, and economic developments. Currently, it includes almost one hundred artificial chemical substances that damage the capacity of the layer to protect human beings and other living beings from harmful ultraviolet radiation.

For life, Cuba contributes to strengthening the ozone layer since 1994, the United Nations General Assembly proclaimed September 16 as International Day for the Preservation of the Ozone Layer. Cuba celebrates this day with various activities in favor of strengthening the shield that protects the Earth from the harmful effects of the sun's rays and, consequently, helps preserve life on the planet.

With the support of the media, the day promoted the participation of the population in reflecting on the importance of actions to minimize Ozone Depleting Substances (ODS), which are emitted into the atmosphere as chlorine, fluorine, carbon, and methyl bromide gases. These days, debates on the subject have been encouraged, especially for the education of children, adolescents, and young adults. The activities carried out by the Youth Technical Brigades (BTJ), together with the Ministry of Science, Technology, and Environment (Citma), have been varied and attractive.

The progress made by Cuba on this path is palpable, highlighted by international experts who qualify it as a reference for Latin America and the world because Cuba is a conscious signatory of the Protocol, and every year it celebrates its progress in this area with numerous environmental welfare actions.

The creation in the Caribbean nation of the Ozone Technical Office was, without a doubt, a transcendental step for the gradual elimination of these substances, which not only damage the ozone layer but are also greenhouse gases. This Office, together with different organizations and institutions, is working to completely eliminate the emission of hydro chlorofluorocarbons in the country by 2030, a goal that the world has set for 2040.

Cuba was also among the first nations to begin replacing incandescent light bulbs, while at the same time replacing household appliances with more efficient ones, which made it possible to stop emitting some four million tons of carbon into the atmosphere.

Certified by CITMA, entities, and centers that strive to eliminate ozone-depleting substances for the good of their people and all mankind are declared free of these substances every year in Cuba.