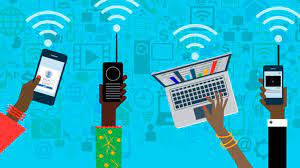 There are many public policies that may be very well designed, very well thought out, with a very rational, very technocratic logic, but if this is poorly communicated, if it reaches the audience badly, this may be the genesis of its future failure (1).

Center for Public Policy of the Catholic University of Colombia

At the beginning of the 21st century, Latin America had just experienced a period of neoliberal hegemony. At that time, several countries underwent political changes. Argentina, Brazil, Bolivia, Ecuador, Uruguay, Venezuela, Chile, and Nicaragua, among others, underwent economic and sociocultural transformations that were consolidated with the arrival of post-neoliberal governments (2).

When analyzing these transformations, there is a tendency to consider the new public policy agendas that many of these nations established, with emphasis on state intervention in various social spheres, the promotion of inclusive redistribution, and the reinterpretation of the actions of the most popular sectors as subjects of rights.

This was the basis for the evolution of many Latin American states, a process that did not fail to encompass reform of public communication policies.

The right to communication, the essence of the public, especially since the last two decades, governments of progressive or left-wing tendencies in Latin America have vindicated the concept of communication, understood as a fundamental human right that should be exercised by multiple social actors, an idea that continues to occupy spaces in the debates of professionals and academics in international and regional contexts.

In most of the experiences, the drafting of the aforementioned laws involved the participation of broad civil society actors, whether or not they were linked to the field of communication, which opened the way for contributing discussions.

Among the achievements of the communication laws of the new times, it must be taken into account that they are texts based on the precepts of the citizen's right to communication. And in this sense, the preliminary draft presented in Cuba is no exception. It is a necessary document, determining and articulating the wills required to materialize public policies that cannot be conceived as a product of political or economic elites. From this perspective, public policy encompasses the set of positions taken by the state with respect to a given issue, which in this case is communication. It should be recalled that public policy is made up of activities aimed at solving public problems, involving political subjects with structural interactions that evolve over time.

The change, initiated in this century in Latin America, made possible the approach to political experiences that promoted reforms in the public sector in the field of communication. And the draft bill of the Social Communication Law being debated in the largest archipelago of the Antilles inserts our country into an international trend and places it in the path of the most current thinking and actions.

In Cuba, it is important to have a communication policy that emphasizes public issues, from an articulating viewpoint of components such as actors, resources, and organizations. The actors are the political-administrative authorities, the target groups, and the final beneficiaries. The resources, essential to the process, correspond to legislation, human capital, economic resources, information, organization, time, and infrastructure. In the case of the analysis of organizations, it includes those administrative organizations existing or to be created, the effective services they provide to citizens, as well as the opportunities and obstacles they represent for the different stakeholders.

Other aspects of the public sector and communication