Artists from 12 countries to star in Habana Clasica Festival 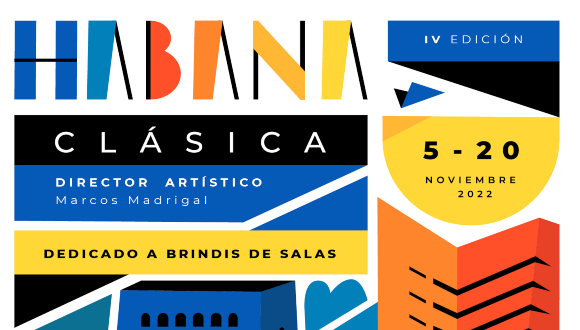 Nearly 50 musicians from a dozen countries are part of the lineup of the Havana Classical Festival, which will take in this capital from Nov. 5 to 20th.

The organizing team, managed by the Office of Musical Heritage Esteban Salas of the Office of the Historian, reports the event will return to the stages of the city as part of the celebrations for the 503rd anniversary of its founding.

With the purpose of promoting classical music and presenting Cuban culture to an international audience, the event’s program includes concerts, master classes and spontaneous classical music in the venue of Old Havana’s Plazas, among others.

On those stages, compositions bequeathed by Cuban violinist Claudio José Domingo Brindis de Salas (1952-1911) and Dutch violinist Hubert de Blanck (1856-1932) will be played, while other pieces from contemporary repertoire, such as Jose Maria Vitier’s Habana Concerto, will be performed.

Likewise, the calendar proposes an approach to the work of composers Nicola Sani, artistic director of the Accademia Musicale Chigiana in Siena of Italy, and Juan Piñera, coordinator of the Chair of Composition at the University of Arts of Cuba, as reported by the managing institution of social network Facebook, among other programmed activities.