Cirilo Villaverde: One of the Most Read Cuban Writers of All Time 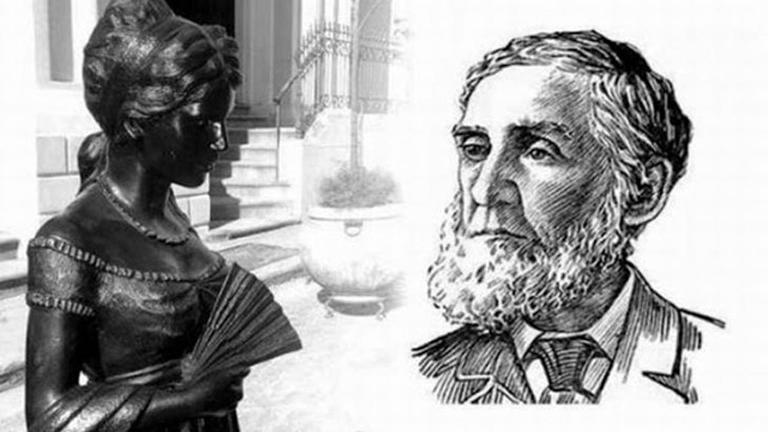 The upcoming 503rd anniversary of Havana, Cuba's capital, is also a pretext for a closer look at a writer who, by all accounts, was the one who left the most accurate and (why not?) loving testimony of the city.

Cirilo Villaverde de la Paz with his bold pen faithfully reflected the architecture, customs, and traditions of the 19th century and sought, in the environment in which his works were set, the social and racial diversity, both economic and political, of the Havana population, made up of slaves, the poor, aristocrats, a whole mosaic then, with very real characters in the way they spoke and behaved.

San Diego de Núñez, a locality of the town of Cabañas, then belonging to Pinar del Río (today Artemisa province) saw his birth on October 28, 1812, in the bosom of a wealthy family, since he was very young knew the slave system and the cruelty with which the slaves were treated, and later he knew how to masterfully describe the abuse to which they were subjected.

Little is known of his good gifts for artistic drawing, perfected during his efforts in the San Alejandro Academy of Arts and his graduation in the specialty of Philosophy and Law in higher education centers. But his literary and journalistic preferences prevailed in him, due to his gift of transmitting his context wisely and elegantly.

This is how he is known as a narrator, essayist, journalist, and on many occasions also a translator. His first short novels were El ave muerta, La peña blanca, El perjurio, and La cueva de Taganana, which did not have the expected effect. However, the sharp critical articles he wrote for the press initially had a greater effect, and he gained increasing intellectual prestige.

Cirilo Villaverde's separatist opinions began to arouse suspicion among the Spanish government authorities, who soon had him as one of the main political enemies within the country. He was arrested in October 1848, under the charge of separatist conspiracy, although he managed to escape from prison and move to the United States the following year, where he resided for most of his life.

Throughout his life, Villaverde used different pseudonyms with which he masked some of his journalistic and literary writings, such as "El Ambulante del Oeste", "Un Contemporáneo", "Simón Judas de la Paz", "Sansueñas" or, simply, "V" (initial of his first surname). He became one of the most-read Cuban writers of all time and approached, like no other of his time, the essence of the Cuban idiosyncrasy.

Once the Ten Years' War began, Villaverde tirelessly advocated for Cuba's independence in rallies and in the press, from the necessary exile. With his approach, he characterized not only the slave system but the entire colonial society that revolved around the brutal system, managing to instill personality, life, and uniqueness in his magnificent characters.

José Martí, upon learning of his death in New York on October 23, 1894, almost at the age of 82, emphasized about him: "... those polished works of his, of always clean and virile idea, where the Castilian language shone like a calm and pure river of ours, with sparkles of calm light, from among the branches of the trees, and the gentle current full of fresh flowers and tasty fruits". And he added: "... he gave Cuba his blood and an unforgettable novel... his name was like a legend."