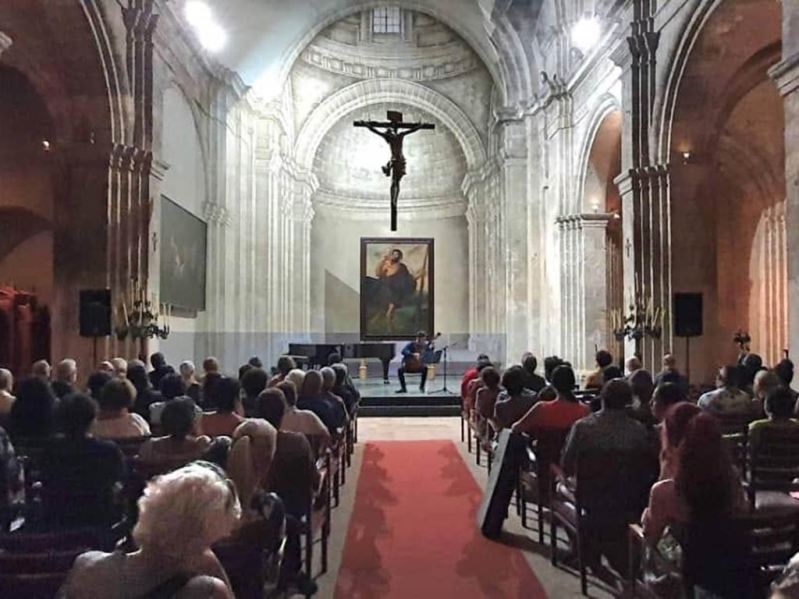 The 34th edition of the Havana Contemporary Music Festival kicks off on Thursday with a concert at the Basilica of Saint Francis of Assisi Convent in Old Havana.

The event pays tribute to the 60th anniversary of the National Art School and Renovación Musical group, founded eight decades ago, pianist Guido Lopez Gavilan, president of the organizing committee, told the media.

He highlighted the broad program of performances, marked by the diversity of sounds and artists, as well as theoretical meetings that will take place at the headquarters of the National Association of Cuban Writers and Artists (UNEAC) in Havana.

The event’s organizers stated that the UNEAC’s Rubén Martínez Villena Hall will hold a series of colloquiums on November 1-2.

The event will conclude at the Basilica of Saint Francis of Assisi Convent on November 5, with a special concert entitled “Abrazo entre Festivales” (Embrace between Festivals), which will give way to the Havana-Classical Festival.

Convened by the UNEAC Musicians Association, the Havana Contemporary Music Festival emerged in 1984, resulting in the Music Festival of the Socialist Countries and the Meetings of Cuban Music.